Floran city is considered the youth capital of Atla. According to the 240EM census the city has the youngest average population (27).

The city is run by an elected mayor who stays in office for four years. New mayors are elected from the existing group of city officials who must have served in a city position for at least 10 years. While 10 years of government experience is required, those 10 years need not be spent entirely in Floran. Indeed, many of the city’s most prominent leaders immigrated to the city for the sole purpose in serving in what is largely considered one of the best local governments in the nation. That being said, anyone who wishes to run for office must live in the city for at least one year before being eligible.

Floran City was named for its abundance of natural flora. Often considered the greenest city in the country, the region is home to more than 650 species of trees, shrubs, and vines alone. The entire city and surrounding regions are blanketed by a dense canopy of trees ranging from hickory and birch to maple and fir. The trees grow so thick and lush that they act as natural walls surrounding the roads and pathways in the area. When seen from the top of a hill the city of Floran is almost invisible, hidden by the many trees and shrubs growing throughout.

Floran City is also known as one of the most artistic and creative cities in the nation. Every year Floran city hosts two of the largest entertainment and arts events in Atla. The AAAE, or Atlan Awards for Arts and Entertainment, is a prestigious award show that begins the 30th of Poe). Winning an award is the highest honor an artist can receive in the field of arts and entertainment. Awards are given to outstanding performances and creations in every field including theater, music, comedy act, and novel. The greatest names in Atlan entertainment, including legendary stage actors such as Davidson and Coulthard, to contemporary singers such as Elizabeth Goldren and Harry Domingo Brookhaven, have risen from stars to legends after winning at the AAAE.

The first of Peros marks the beginning of the Festival of Arts and Entertainment, or FAE. This event is a two week celebration where both established and rising stars can showcase their works. Unlike the AAAE, which is held in a grand concert hall, the FAE occupies venues throughout the city and provides guests with a hands-on experience where they can meet the talent, enjoy fine dining, and relax in one of the most beautiful cities in the nation. During the celebration every street corner, block, promenade, gallery, concert hall and more fills with performers and artists from around the world and continue 24 hours a day.

Besides hosting two of the nation’s largest entertainment festivals, Floran is home to unbeatable recreation and vacation opportunities all year long. One of the most popular attractions are the rail tours. These tours crisscross the area, traveling along the eastern ridgeline, through the rolling hills, and between the dense forests offering guests a chance to see everything that makes the city and surrounding countryside special while also enjoying in-cart dining and entertainment. And for those of you who fancy a bit of exercise and exploration the region is home to hundreds of miles of scenic trails and pathways. 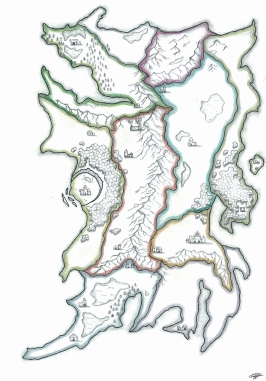 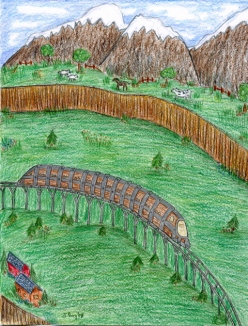